Humans have occupied Belfast since the Iron Age and began its journey as a tiny village. Belfast has had a chapel at the Ford of Belfast since as early as 665. The area of Belfast was under the rule of the O’Neill Clan until the 16th century, it was attacked many times by the English and Scottish - its castle was destroyed on multiple occasions. It was then conquered by the English monarchy but remained a relatively small town. During the 1600’s Belfast’s ownership was bounced back and forth between Protestants and Catholics. By the 1700’s Belfast became a thriving merchant city, producing linen and exporting to Britain. In the 1800’s, Belfast experienced a golden age as an industrial city, producing linen and building ships. Belfast was hit hard by The Famine though and many refused to make port in Belfast, believing the citizens had a disease. Belfast recovered and resumed ship building, most notably the Titanic. After the Irish War of Independence in the 1920’s, Belfast was more involved in WWII than other parts of Ireland, due to being in one of the six counties under British rule. In the 1960’s a civil rights movement took hold in Northern Ireland and began what is known as ‘The Troubles’. There was significant protesting and the British army was deployed to Ireland. Violence began in the 70’s and support for the IRA (who wanted to separate from Britain) grew after conflicts like Bloody Sunday. The fighting continued and escalated until the 1990’s when a ceasefire was called, and the Good Friday Agreement was voted in. Today, Belfast has rebuilt and is young thriving city and its tourism industry is thriving.

Planning your trip to Belfast
How long should I stay in Belfast?

Belfast is close to many attractions, including the Giant’s Causeway, the Carrick-A-Rede Rope Bridge, and the sights of many famous movies and shows. You can take tours to the filming sights of Harry Potter, Lord of the Rings, Vikings, and Game of Thrones. In Belfast, you will find the Titanic Museum, the Albert Memorial Clock (Belfast’s own leaning tower), the magnificent City Hall, Belfast Castle, the infamous Crumlin Road Goal and so much more. Belfast also has a growing shopping and nightlife scene. You will probably want 2-3 days at least in Belfast and add on days for tours.

Where is the good shopping?

The main shopping area in Belfast is the City Centre Shopping Walk, near City Hall. It is technically Donegall Square, Donegall Place, High Street, and Royal Avenue Street. Saint George’s Market is also popular, selling local foods and goods. If you are looking for a shopping mall, look no further than Victoria Square Shopping Centre or Spires Mall and Conference Centre if you like more high-end shopping. Belfast is also home to many book shops and art galleries.

Hotels in Belfast usually cost about £100 per night, which is a little cheaper than some other cities in Ireland. A sit-down meal in Belfast will typically cost £12-20. Fast food and cafes are about £6 per person. Beer in Belfast costs about £4 pounds. Buses cost about £2 pounds to take in Belfast and taxis are about £0.87 per KM. You will also need money for admissions to attractions and for any tours you choose to take. Belfast is generally cheaper than the Republic of Ireland, but you still need money for shopping and miscellaneous. Don’t forget, the currency in Belfast is British Pounds (GBP). However, some stores will accept Euro (EUR) also. 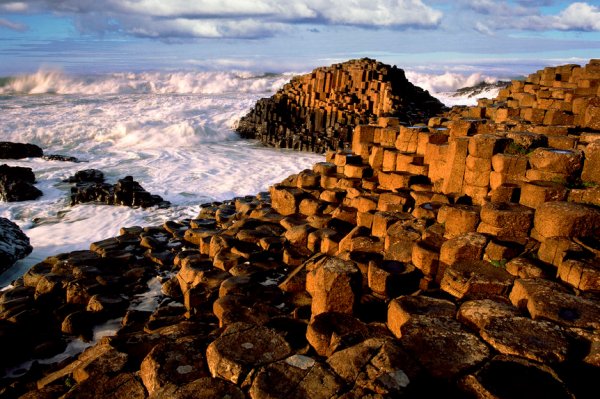