Galway was founded as a small fishing village. Galway is located near the Spanish Arch which they call the Claddagh. Galway was captured by the Normans in the 1200’s in the late 1300’s, King Richard II gave the governing power to 14 different merchant families, or tribes as they were called in Galway. This is what earned Galway it’s nickname as the ‘City of Tribes’. Galway became a thriving port city in the 14th and 15th century, trading fish, wine, and spices. They were frequent traders with Spain France, and Portugal, unlike the other Irish ports which traded mostly with England. Galway declined after warring and being conquered by the Cromwell's in the 1600’s and most of their trade was halted. Galway suffered more in the 1700’s due to religious strife, which included an exile of all Catholics at one point. This hurt Galway even more because most of the merchants were Catholic. When laws relaxed, trade resumed in Galway and the city began to grow once more. Galway was struck by The Famine in the 1800’s and experienced a sharp decline in population. Then the railroad reached Galway and a University was founded there, which boosted Galway’s economy considerably and allowed them to prosper once more. Galway was taken by the British in the War Of Independence and were unable to fight against the British, but boycotted all Northern Irish goods in protest to the British violence. During the Civil War, many buildings were burned down, but Galway was otherwise safe. Galway has since grown significantly and is now a flavourful Bohemian city unique all to itself.

Planning your visit to Galway
How long should I stay in Galway?

Galway is central to many attractions in Ireland, specifically the Cliffs of Moher, the Wild Atlantic Way, Connemara, and the Burren. Galway is also the home of many festivals to enjoy which would take at least one day to enjoy. The weekend market is popular in Galway, as well as the beach. Galway is a musical hotspot and there is no shortage of live music to see, both traditional and new. There is no shortage of shopping and eating in Galway. Perhaps the most know attraction in Galway is the Galway Races. All in all, you probably need 3-4 days in Galway to see everything, depending on how many trips you want to make to the surrounding attractions.

The Latin Quarter is the main tourist shopping street in Galway, it is also a centre for pubs and restaurants. If you are looking for shopping malls, try the Eyre Square shopping centre. Galway has lots of unique and unusual shopping as well. Be sure to check out the Spiddal Craft Village for some handmade goods. If you have children or are just interested in Irish folklore, check out Away With The Fairies for some magic-related gifts. One popular shop in Galway is ‘Bell Book & Candle’ - which sells, books, comics, music, and all things vintage and retro. Galway also has an Avoca - which is a popular place to buy Irish-made goods – and an Aran Sweater Shop as well.

Hotels can be a pit pricey during the peak season in Galway, about €150-200 per night. If you are on a budget, there are many bed and breakfasts in Galway, and the further you are from city centre, the better the price. Food in a sit-down restaurant in Galway runs from about €15-25 per person. There are many high-end restaurants in Galway if you wanted to treat yourself and pay a little extra. Drinks in Galway cost about €6-8 for beer and about the same for wine. Day trips from Galway to surrounding attractions such as the Cliffs of Moher will cost about €35-50 per person. Renting a car in Galway will be from about €25 a day. 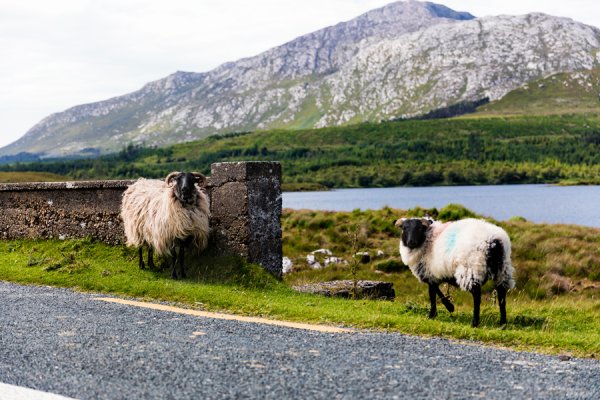