The first documented history of Dublin begins with the Viking raids in the 8th and 9th century. These led to the establishment of a settlement on the southside of the mouth of the River Liffey, named Dubh Linn (Black Pool) after the lake where the Danes first moored their boats. Dublin was sacked many times over the next two centuries but always recovered. By the 11th Century, Dublin prospered, mainly due to close trading links with the English towns of Chester and Bristol and soon became the most important town in Ireland with a population of about 4,000. 1169 marked the beginning of 700 years of Norman rule. The King of Leinster, MacMurrough, enlisted the help of Strongbow, the Earl of Pembroke, to conquer Dublin. After MacMurrough’s death, Strongbow declared himself King of Leinster, defeating both the Vikings and the High King of Ireland to win control of the city. However, the king of England, afraid Strongbow might become too powerful, pronounced himself Lord of Ireland and gave Dublin to the merchants of Bristol. Dublin was devastated by fire in 1190 and a stone fortress built sometime in the 13th century. The first mayor was appointed in 1220. Following this, the city grew fast and had a population of 8,000 by the end of the 13th century, prospering as a trade centre. From the 14th to 18th centuries, Dublin was incorporated into the English Crown as The Pale and, for a time, became the second city of the British Empire. Dublin continued to prosper in the 16th Century and boasts one of the oldest universities in Trinity College, which was founded by Queen Elizabeth I. The city had a population of 20,000 in 1640 before plague in 1650 wiped out almost half of the inhabitants. But the city prospered again soon after as a result of the wool and linen trade with England, reaching a population of 60,000 in 1700. The city grew even more rapidly during the 18th century with many famous districts and buildings added, such as Merrion Square, Parliament House and the Royal Exchange, later to become City Hall. The beginnings of the City Corporation were created in 1757 with a body of men formed to widen, pave, light and clean the streets. Ireland's famous Guinness stout was first brewed in 1759, and a stagecoach service to other towns began. The Grand Canal was built in 1779 and a police force established in 1786. Towards the end of the century O’Connell Bridge and Kilmainham Gaol had been built, and by 1800 the population had swollen to 180,000. However, this overpopulation brought with it great poverty and disease.

The 19th Century brought the construction of the Gasworks and introduction of street lighting, but overall Dublin suffered a steep political and economic decline with the seat of government moving to Westminster in 1800 under the Act Of Union.

Things were to change dramatically in the 20th Century with the 1916 Easter Rising, the War For Independence and the subsequent Civil War which eventually led to the establishment of the Republic of Ireland. Since the mid-1990s, an economic boom christened the ‘Celtic Tiger’ brought massive expansion and development to the city, including the creation of Dublin’s newest landmark, the Spire monument on O'Connell Street. Fuelled by the boom years, Dublin has grown to be the single largest conurbation in Ireland.

How long should I stay in Dublin?

There are endless things to see and do in Dublin, so you will want a good chunk of time. Dublin is the home of to the Guinness Storehouse, the Jameson Distillery, the Teeling Whiskey Distillery, and The Pearse Lyons Whiskey Distillery, so those alone would take at least a day. There also many museums to visit in Dublin, including the Irish Whiskey Museum, the National Museum of Ireland, and the EPIC Immigration Museum. Phoenix Park and the Dublin Zoo are also a great visit. There are countless Cathedrals to see in Dublin, and of course Dublin Castle. Dublin has a great shopping scene that would take at least a day to work through as well as their vibrant cuisine and nightlife. If you wanted to see everything Dublin has to offer, you will probably want 5 -7 days, and that doesn’t include any day trips from Dublin to see other attractions. Make sure you stop into a Tourist office so you won’t miss anything that Dublin has to offer.

Grafton Street is Dublin’s man shopping area, and it is right next to St. Stephens’s Green shopping centre. O’Connell Street is the capital’s main street and has many shops and department stores. You can also explore the many side streets to find more unique shops (Henry St, Talbot St). If you are looking for specific shops, you can try Avoca, which is a 7-level department store on Suffolk Street. Other places of interest are Celtic Whiskey Shop, the Aran Sweater Market, and the Carroll’s Irish gift shops. Powerscourt Townhouse Centre is also located on South William St.

How much money do you need?

Most hotels in Dublin range from €120-200 a night, in peak season. If you are looking for something cheaper, check out Bed and Breakfasts, hostels, and consider staying further from the city centre. Restaurants in Dublin range from €20-30 per person. If you want to save money, look for smaller restaurants which are usually €10-15 per person. Most cafes cost less as well; €5-10 for breakfast or lunch. Most distilleries cost about €25 to enter and tour, some museums are free, but the others usually cost about €15. Visiting the Book of Kells is €14. If you are booking a day tour, they range from €45-65. Buses around Dublin cost about €2-4 and are much cheaper than taxis, but you can walk to most places. Pints of beer usually cost €5-8 depending on the beer and location (cheapest prices are not found in Temple Bar!), a glass of wine is in the same range. Mixed drinks and liquor will set you back €10-12 per drink. There are options for every budget in Dublin if you know where to look. Make sure you budget extra money for all the great shopping and any attractions you stumble upon in Dublin. 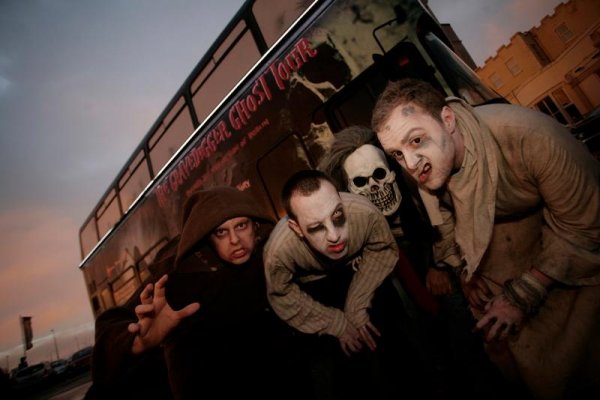